This topic has been deleted. Only users with topic management privileges can see it.
last edited by cpass
1 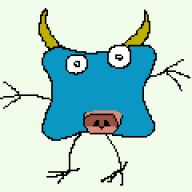 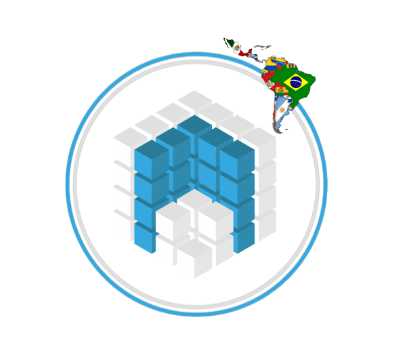 Hello BLTG Community, my name is Luis Padrón and I would like to present my idea to create communities and continue expanding this time specifically for the Spanish-speaking public, interested in the Blockchain ecosystem.

I have been learning about the Crypto world since 2016, I like to promote the use of cryptocurrencies in my region and the Hispanic public in general, I have almost four years helping to create and manage networks for many Blockchain-based projects to promote them and make them grow in the continent Latin America where there is growing interest in the use of cryptocurrencies.

The cryptocurrency and its underlying blockchain technology are on a meteoric rise in Latin America. The lack of regulation of digital money has engulfed the industry in stories of criminal companies, and there is no doubt that corruption, confidentiality and illicit laundering play an important role in the adoption of cryptocurrency in Latin America. 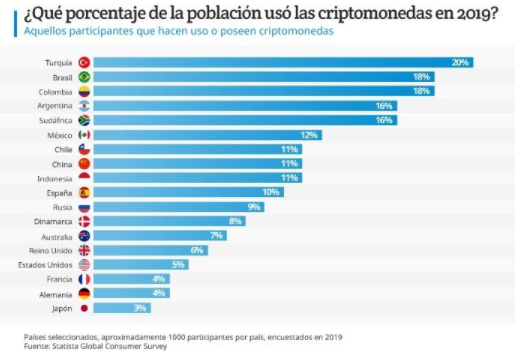 "The recent Statista Global Consumer Survey interviewed about 1,000 people from each country and determined that, in the top ten of the countries where the most participants claimed to have used cryptocurrencies, we found five Latin American nations."

As I mentioned earlier, I would like to be able to present my idea to grow and reach the Hispanic public, which in a few words is about "Marketing and Advertising" for this I would like to open communities in BLTG networks where we will be in constant growth what I believe that would help ourproject to go further together to the opportunities to increase the use of our currency and our audience in general.

The objective of the proposal is to feed, grow and invigorate the online Spanish community of the project, through the management of strategies in well-known social networks, mainly Discord, Telegram and Twitter to create an important information base for users from guides of support as content that represents the vision of the project.

The importance of Communities 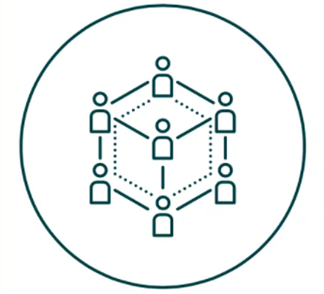 The best projects and creations have emerged in collaboration. When there is a common goal and a group of people with different attributes, a community is created. Being part of it generates a stronger motivation in people, because the feeling of belonging motivates them to produce things of value. In the world of Blockchain, the community is the most important thing, and that is that the whole concept of decentralization is worth it when the group is active and contributes knowledge for the common good.

That is why I think it would be positive to have a kind of "blog" where we can share all this information mentioned, where the community has the opportunity to learn how to use the project platforms, observe the characteristics, tutorials and even reports constantly on updates and Project news to keep the community informed. The constancy of these movements would encourage the growth of the communities, the interest and the expansion of an organic way and maintain a stable community that feels satisfied to be able to know BGLT in an open way and to be able to share in the communities by becoming a member of the users.

For this work, the responsibility of doing design work, translation, ad writing and, in general, the presence on social networks is necessary to offer the best support. For this I have a team with years of experience necessary to streamline the work creating the aforementioned content and meet the objectives.

Regarding the necessary budget and the payment cycles, we should first know that this constant management and promotion work requires creating a base for the entry of new users, this base will include all the content of importance to the community for which we could To say that during the first two weeks we would be collecting the necessary information to share it in Spanish for users, during this process the promotion will still be underway and the growth in these networks will be noticed as we complete the required information.

All this I have practiced before and I keep constantly studying the project and the community to decide what to do, I think that after having the content prepared and constantly promoting as we grow, the energy of the community, their interest will influence the following tasks to keep the community informed.

Regarding my idea to create and manage a Hispanic community for the project and achieve more reach, I think it would take a total of 90 days or 3 months and a total of 25,840 BLTG divided into 3 payment cycles to better manage payments. I would like to add that 70% of the payment would be distributed in the work team and that there is greater interest in keeping the coins than making a sale in general, the other 30% will go to "Freelancers" of third parties such as; other designers, paying for advertising on sites and promotions.

The payment address where the $BLTGs will be managed